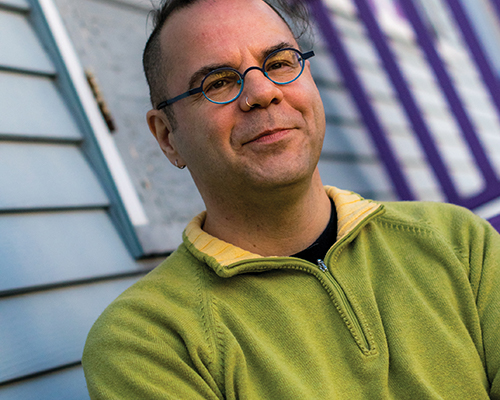 Have you ever come across what looked to be a handwritten and/or Xeroxed copy of a sort of do-it-yourself magazine? Called zines, these independently authored publications are often hyperlocal and incredibly personal. They represent an important and storied part of a variety of traditionally marginalized people and ideas, and have provided an important way for us to share crucial information and build community—without the barriers and censorship often imposed by mainstream outlets.

Our Lives spoke with Christopher Wilde and Milo Miller, the curators of the Queer Zine Archive Project (QZAP) out of Milwaukee, about their efforts to preserve and disseminate queer thought, information, and community in the digital age.

Tell us a little bit about yourselves!

M: I’m Milo. I use they/them pronouns. I really enjoy making zines and mixtapes, cooking and baking, and riding my bike. I grew up in suburban Milwaukee, went to uni in New York, and lived in the San Francisco Bay Area when Chris and I met.

How did the idea for the QZAP first come about, and how did you go about getting it started?

M: The idea for QZAP kind of kicked off when Chris and I met whilst helping to organize a series of radical LGBTQ+ gatherings in the early 2000s called Queeruption. During the organizing meetings lots of questions would come up about identity or accessibility or how to host a sex party or whatever, and Chris and I would look at each other and say, “Didn’t so-and-so write about that in their zine?” So the initial idea was to figure out how to share all this community knowledge about queer lives and queer issues.

Fast forward to 2003. We had relocated (back) to Milwaukee, and were trying to figure out how to make a digital archive happen. One of my co-workers at the time was a fantastic web coder, and had a history with pirate radio and DIY media, and he helped us figure out the first couple of iterations of the digital archive site.

C: The main collection of queer zines started from the donation of our own personal stashes, which were traded by mail, at shows, or in person throughout the 1990s. Mass digitization projects were in their infancy when we first launched QZAP. Despite advances in digitization technology, we still scan things in much the way we did in 2003—by hand on a flatbed scanner. All collective members help scan zines, and often people who intern with the Project start by learning the digitization process. 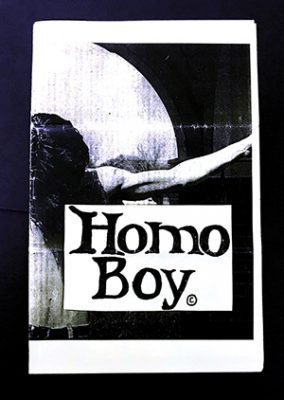 Why is a collection like this important? What role does play in our community?

M: When we started out, my primary concern was about info sharing and helping to translate what was in queer zines into skills that could be applied to various aspects of our queer communities. Over the years, though, my view has shifted quite a bit. To me the most important things about the zines in our collection is that they come from real folks like us. It’s sort of a Humanist perspective. The vast majority of our queer lives stories don’t get told in a lot of media formats. Zines, on the other hand, are able to get those stories out into the world.

C: Zines are inherently ephemeral yet vitally important in capturing authentic queer voices that are typically marginalized. Our collection is crafted from within the community it represents. Often archives are the work of outsiders who have no connection to the content they preserve. With QZAP, the people who created the zines originally are also invited to be part of the preservation and interpretation of their work.

M: To put a fine point on Chris’ answer, we explicitly come from the communities whose material we archive. We’re queer zinemakers. We’ve been part of punk and anarcho and radical communities for most of our adult lives. QZAP started and is maintained because we are intrinsically connected to the material in the archive.

What are some of the topics, themes, stories, etc. that are included in the zines? Any ones that are particular favorites or just stand out in some way?

C: Queer zine topics are many and varied, with personal stories, education, activism, personal and sexual health, music, film, and pop culture the most prevalent. One of my personal favorites is a queer fanzine from Canada called King of the Fairies. Spanning 10 issues, the overarching theme is centered around an unlikely pop star in the form of a gay fiddle player from Atlantic Canada named Ashley MacIsaac. Each issue has lavish art, and some come elaborately packaged.

M: Chris covered most of the generalities of our collection. One of the things we talk about when we talk about the zines in QZAP is that they are “dangerous.” Zines challenge traditional media structures in form and format, and the content is all over the place. I am often drawn to zines that teach specific skills. One of my favorites is a zine called Go Fuck Yourself that teaches how to make your own sex toys. I also really like vegetarian/vegan cookzines.

How can people contribute to the archive, either with zines or monetary/logistical support? Where can folks go to browse?

C: We accept donations of queer zines by the folks who created them and also collections of queer zines that people may have amassed over time and want to see them preserved for others. Our funding is mainly through contributions and from folks who purchase QZAP-produced queer zines and merchandise, such as our series From The Punked Out Files of The Queer Zine Archive Project.

M: The best way to make a monetary donation to us is via the PayPal link at https://qzap.org. From our website you can donate directly, and also pick up swag like the zines, cute buttons, and t-shirts. In true zinester style, we’ll also accept well-concealed cash. 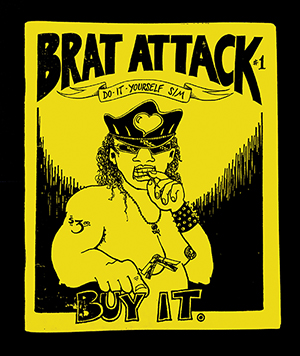