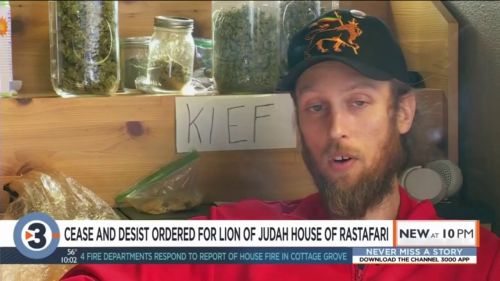 MADISON — An establishment in downtown Madison created a buzz last month when they registered as a Rastafarian church and began openly distributing marijuana on Mifflin Street, near the University of Wisconsin campus.

Though much of the media coverage has centered on the Lion of Judah’s selling of marijuana as a religious “sacrament” and current legal attempts to stop them, another controversy has arisen over statements posted to the group’s social media.

As documented in reporting by Tone Madison, the group now face protests over anti-feminist, racist, homophobic and transphobic Facebook posts. Local queer activist Dana Pellebon previously confronted the people running Lion of Judah over their messages, and was physically removed from the storefront while one of the white owners called her a “Neanderthal.”

In a since-removed post to the Lion of Judah’s Facebook page, they equate young women to “hood rats” who “twerk to find a mate to supply [them] with food and shelter.” In another post, the store characterizes feminists as women who believe that they are “slaves when they serve their husband and children.” They also shared a post declaring their “straight pride,” and several that denigrate transgender people.

In response, a demonstration is planned for Wednesday, May 22 from noon to 2 p.m. outside of the business at 555 W. Mifflin Street. In a press release, organizer Megan Slivka says that “The goal of the demonstration is to bring awareness to the community. Plenty of people are aware of the marijuana aspect of this so-called church but many aren’t aware of their bigoted beliefs on women and the LGBTQ community.”