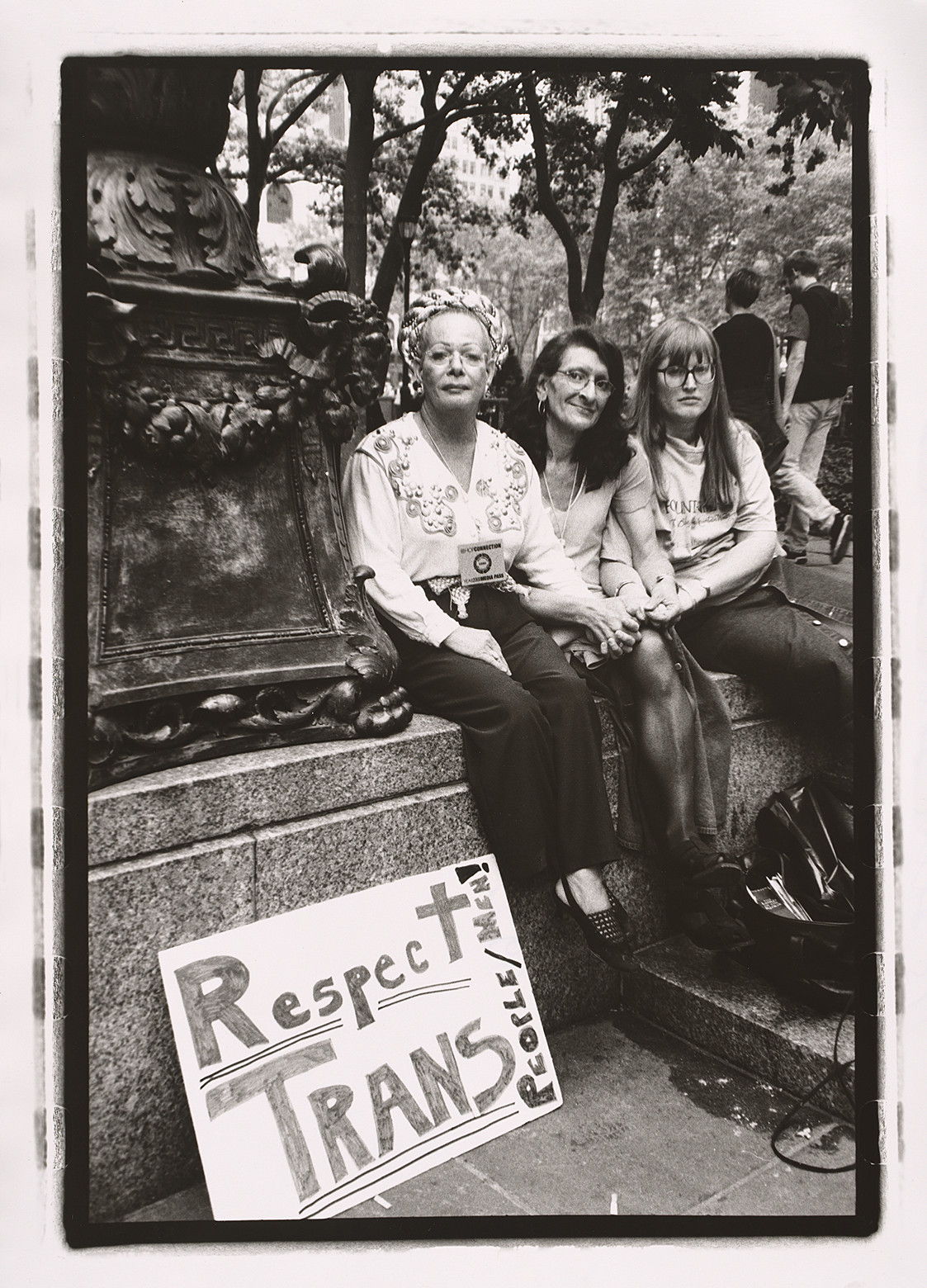 Earlier this year, the Smithsonian’s National Portrait Gallery installed the portrait of Sylvia Rivera in the “Struggle for Justice” exhibition. Rivera is the first transgendered person in the museum’s collection. A forerunner in the fight against gender identity discrimination, Ray Rivera rechristened himself as Sylvia as a teenager. When cast out by her family, she worked the dicey Times Square district as a transvestite prostitute. She was there in 1969 at the turning point of the modern LGBT struggle for equal rights, when patrons of the Stonewall Inn violently rebuffed a police raid. Politicized by this experience, Rivera campaigned with the Gay Activist Alliance (GAA) in urging the city to enact a nondiscrimination ordinance. However, facing racism and discrimination as a Latina transgender person by the mainly white male GAA leadership, she began to work with homeless teenagers, co-founding the group and shelter STAR (Street Transvestite Action Revolutionaries). In the 1990s Rivera was embraced as one of the fundamental figures of the LGBT movement.

Information about the object: Puerto Rican photographer and Visual AIDS member Luis Carle took this photograph of Sylvia Rivera at the Saturday Rally before New York’s Gay Pride in 2000. Rivera is pictured with her partner Julia Murray, on the right, and by fellow activist Christina Hayworth, on the left. The placard at their feet reads “Respect TRANS, PEOPLE/MEN!,” stating Rivera’s lifelong cause of fighting for transgender civil rights. While Rivera became an outcast from the gay rights movement in the late ’70s and ’80s, she was again embraced in the 1990s as a fundamental figure in the movement. She renewed her activism, speaking widely on the need for transgender people to unite at the forefront of the LGBT community. In 1994 she was a keynote speaker at Gay Pride in New York, and in 2000 she was invited to the Millennium March in Italy, where she was acclaimed as the “mother of all gay people.”

For more information please go to our blog dedicated to Rivera: http://face2face.si.edu/my_weblog/2015/10/welcome-to-the-collection-sylvia-rivera.html