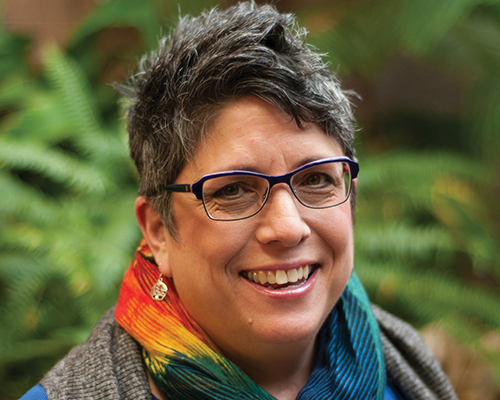 If you have taken long breaks from social media and the news, perhaps you have missed the groundswell #metoo movement happening over the last few months. Chances are, you have not missed the news.

First, let’s give credit where it is due. In 1997, Tarana Burke came up with the Me Too movement before hashtags were even a thing. She was talking with a 13-year-old girl who had been sexually abused. In that moment all she could think to say was “me too,” which turns out is a powerful statement on its own.

Ten years later, Ms. Burke created a nonprofit to help victims of sexual harassment and assault. The movement became known as Me Too. Ten years after that, when the allegations against Harvey Weinstein came out, actress Alyssa Milano tweeted out the hashtag #metoo. A social media wave of the #metoo movement began again.

First we began to hear from women in the entertainment industry and then from women in all industries. The speaking out against harassment and assault started to name men who had been favorite actors, politicians, comedians, and mentors to many. In this movement, we started to hear from men, too; straight, bi, and gay men who had experienced sexual harassment and violence. We also heard from other genders within the LGBTQ community. The groundswell of support would surely be big enough to support all survivors, right?

Sadly we started to see some backlash against other genders, telling them to “sit down” and “this isn’t your time.” Men reached out to me privately to share their excruciatingly painful stories of experiencing sexual harassment, childhood abuse, and sexual assault. The movement within the movement began to shift as an argument was made to support ALL genders. And yet, there was still resistance.

As a woman who is a survivor of sexual abuse as a child and sexual harassment and assault as a teen and adult, I understand the need for solidarity in our survival. Now as an advocate working on issues of community violence, intimate partner violence, and sexual assault, I call upon all of us to create true survivor solidarity.

The majority of men I heard from had one common experience. They had been harassed, abused, or assaulted by other men. There is a rape culture that has allowed some men to benefit from toxic masculinity as well as power and control to give the impression that men can have power over whomever they want to dominate. However, that same culture is hurting men as well, and hurting everyone. One survivor came to me to talk about his surviving sexual abuse from his mother. Again, this is a reminder that people of all genders can be survivors, and people of all genders can perpetrate violence.

According to the website 1in6.org, one in six men have reported experiencing abusive sexual experiences before age 18 (from a 2005 study conducted by the U.S. Center for Disease Control). And we know that statistic is low because men who have these experiences are less likely to report their abuse than women. When reporting, men often find themselves faced with programs that were designed for women only.

We must work toward a world where all survivors of all genders are heard and have space in the movement to end sexual violence. We must consider the whole person and their experiences as we address ending violence.

Here are 5 things we can do to help end violence and support survivors:

1. Listen to and advocate for ALL survivors. Sexual violence marginalizes our voices. In movements designed to end violence, if we focus on a majority population of survivors only, we will continue to marginalize the voices of trans, gender-nonconforming, male, femme, queer, butch, gender-fluid and all LGBTQ survivors.

2. Make space for survivors who are not cisgender-identified women. Open up local support groups welcoming to all survivors. If your local sexual assault or rape crisis center doesn’t have one, partner with other survivors and approach a supportive advocate to help them start one!

3. Challenge the norms of gender roles in our society as well as the gender binary.

• Advocate for gender-neutral dress codes, bathrooms, and spaces in workplaces and schools.

• Adopt policies in your workplaces and schools that support transgender and gender-nonconforming people.

• Challenge your speech! Do you greet people with “ladies or gentlemen”? Considering switching up to folks, y’all, friends, etc.

4. Honor Consent. Teach children early about consent starting within families. Do not insist that children kiss or hug relatives. This teaches them that being uncomfortable in our bodies is okay if it is with a relative. Within the LGBTQ community, we must also continue the dialog about consent, whether that be touching at festivals, bars, or other social settings. Our consent tagline at this summer’s Pride festivals, in collaboration with the Virginia Anti-Violence Project, was “Ask a cutie before you touch that booty.”

5. Recognize our individual responsibilities, but also the collective. This movement cannot just be about calling out individuals perpetrating harm on another. This is about a culture that allows harassment and violence to thrive. In order to really move forward, we cannot just “cast out” those who have caused harm. We must renew our commitment to changing our culture. And it starts with us as individuals.

Diverse & Resilient offers Wisconsin’s first statewide resource line dedicated to LGBTQ survivors of violence. If you want to connect with us, please call or text 414-856-LGBT or visit roomtobesafe.org. We can help provide resources, safety planning, or support for you or a friend or loved one.

The world can feel like a real dumpster fire these days every time we open our newsfeed. Let’s not add to it by minimizing the voices of marginalized survivors of assault. We can do better.