Building Together, Not Apart 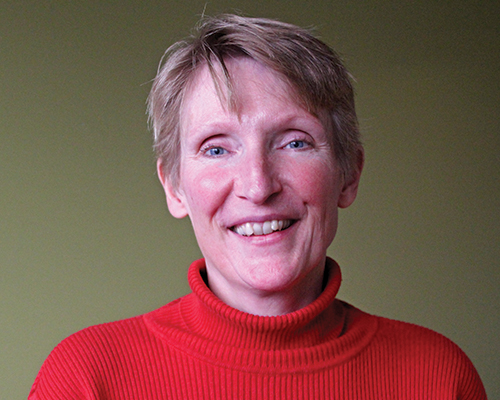 Recently, the U.S. Supreme Court heard arguments in two cases that have a significant impact on the LGBTQ community, California’s Proposition 8 and the federal Defense of Marriage Act. On April 2, school board elections were held around the state. It would seem, based on the 14 percent voter turnout in Dane County, that liberal Madison paid much more attention to the Supreme Court cases than it did to the school board races. That lack of attention is unfortunate given the apparent relationship between LGBTQ rights and educational levels.

After the passage of Prop 8, supporters of marriage equality were angry, and many blamed people of color and people of faith for the measure’s passage. However, a study released by the National Gay and Lesbian Task Force refuted the exit poll numbers that put African American support for Prop 8 at 70 percent, suggesting that age and religiosity were better indicators of opposition to gay marriage.

The Public Policy Institute of California (PPIC) conducted a study of the Prop 8 campaign, also finding that African American voters were considerably less supportive of Prop 8 than had been reported. PPIC’s report found “the most crucial divide between those voting against the ballot initiative, known as Proposition 8, is one of education and income.”

According to the study, “57 percent of voters with a college degree opposed the amendment, while 69 percent of voters whose education had stopped after graduating high school cast their vote in favor of rescinding marriage equality.” The trend was consistent among whites and people of color, among college graduates and among upper-income voters. Mark Baldassare, PPIC president, said, “It seems to me that some of what we attributed to race and ethnic differences really had to do with a socioeconomic divide in regard to same-sex marriage.”

The National Gay and Lesbian Task Force also reported that religiosity, as measured solely by frequency of church attendance (without regard for tradition or denomination) was also a predicting factor in support of Prop 8. However, here too education may have an effect. A 2011 study by the University of Nebraska – Lincoln suggests that education level affects religious beliefs. According to Philip Schwadel, an associate professor of sociology at UNL and the author of the study, “Education influences strategies of action, and these strategies of action are relevant to some religious beliefs and activities, but not others. … The effects of education on religion are not simple increases or decreases. In many ways, effects will vary, based on how you define religion.”

The study found that people of faith with higher education levels were less likely to see their specific religion as the one true faith, and were less likely to believe that the Bible was the literal word of God. The study also found that “having a greater level of education was associated most often with converting to a mainline, non-evangelical Protestant denomination,” many of which support marriage equality.

The LGBTQ community sees our struggle for equality as an extension of the civil rights movement. We become frustrated by what we believe is a lack of support from the black community and faith communities. We sometimes fail to recognize that our struggle is inextricably linked to the ongoing struggle for civil rights within communities of color. Just as in the 1950s and ‘60s, education is still a significant challenge in the struggle for civil rights among students of color. In Dane County, nearly 50 percent of African American kids aren’t graduating from high school, and our district has for years failed to successfully address this achievement gap. We know education is a pathway out of poverty, and now there’s research suggesting that improved educational outcomes for students of all races leads to more acceptance of LGBTQ rights.

We in the LGBTQ community must make a strong public educational system a major focus of our struggle. Our movement needs to be inclusive, working to ensure that all of our children are achieving in school, that we are increasing access to higher education for all students. In short, we need to pay as much attention to public education as we do to marriage equality. That means more than 14% of us need to vote in school board elections.

Madison-area Urban Ministry (MUM) is an interfaith social justice organization that spurs social change in and around Dane County. MUM’s mission is to be “a prophetic voice for justice, neighbors working together for social change.”