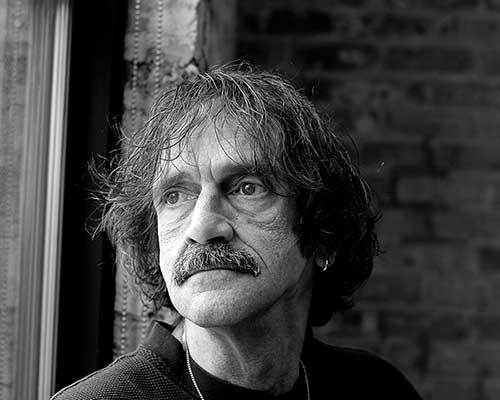 J. Patrick may be the grand dame of Madison theater, having worked with most local troupes, and serving 5 years as the Madison Theater Guild artistic director. Raised a military brat, J. lived all over the world and went to high school in Okinawa. Acting through high school, he went to college on a dance scholarship, but gave it up to go into the theater dept. He has an MA in directing & costume design. J. spent 6 years in the Navy, working for the USO and serving in Vietnam near the end of the war.

When his tour was up, he spent a few years doing theater in North Carolina, before moving to Kenosha. On a visit to Madison he met his partner, Jeff. Moving here, he auditioned for Children’s Theater of Madison. Nancy Thurow snatched him up. CTM was his theater home for years, although he would sneak away occasionally to do another show. He spent a year with Madison Rep in the mid-80’s during the last year that they were a true repertory company. During that season, J. was also playing Comedy Sportz locally, as one of their original players. In ‘87, Comedy Sportz decided to open clubs around the country. J. opened clubs for them in Hartford, New Haven and Boston, spending 7 years on the east coast with Jeff.

J. returned to Madison and to CTM in 1995. When Nancy Thurow decided to turn CTM into a paid company, J. quit his outside job and went to work for CTM as an actor and Nancy’s office assistant. He jokes that he had saved enough to be able to starve genteelly with a boyfriend who had a regular job. In 2000, J. became the Artistic Director for the Madison Theater Guild, a position he held till 2006.

What does J. love most from his years in theater? “I did three MTG summer schools. Those were the best three summers of my life, doing cutting-edge theater with the kids, things they wouldn’t be exposed to in high school. I learned a lot from that experience. I’m still learning about how to do theater and how to treat people well. I’ve gotten a reputation as being the school of hard knocks, I’m not going to pull punches, I get people ready for the real world.”

“20 years ago I wanted to do, do, do. 25 years on, I’ve done, done, done, done. It takes me 2 hours a day to answer my emails and do my free theater consulting to kids from 13 to 35 all over the world. I like being the old wise man sitting up on top of the hill, having put it all in motion and watching it grow. I’m proud of what I’ve done on stage, but I’ve never been as proud as I am of watching my students grow and produce.

In 1986, J. was diagnosed with HIV, and was given a short time to live “I’d never had a home; Jeffy and Madison were my first home. And then I was diagnosed, and I thought I’d only have a home for another year or two. It built a fire under me, and I tried to live every day like it was my last. Of course, 25 years later, I’m surprised that I’m not dead of exhaustion!