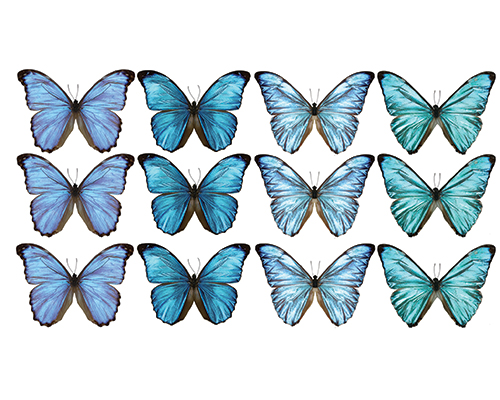 Butterflies fascinate him. The way their wings look under ultraviolet light, their diversity, the fact that they are pollinators, their extraordinary and unique power of metamorphosis. Those, he tells me, are only a few of the reasons why his nature photography is dominated with their images.

Butterflies have been around for 50 million years. Nothing to sneeze at compared to our brief human history of a mere 5 million. I imagine that once the first humans opened their eyes, with vision that continues to be limited to colors beneath the frequency of violet, they were wooed by the beauty of the butterfly. We are perhaps equally impressed by their four-stage lifetime and the fact that they live two very distinct lives. There is a caterpillar crawling along the earth eating leaves, and then, snap, a slight nap, a minor breakthrough, and a beautiful winged being emerges, flying from flower to flower drinking sweet nectar.

When I caught up with Thomas Elliot to ask him why butterflies, the 50-year-old photographer was in the gym, in the midst of a long and painful recovery. Sadly, he is trying to bring on his own metamorphosis, after a devastating biking accident last October in which he was broadsided by an SUV.

By most definitions, it is miraculous he is doing as well as he is. He spent four days in the intensive-care unit in critical condition, followed by a three-hour-long surgery. He suffered internal injuries and damage to his skull. He’s gone through reconstructive surgery on his face that left him with numbness in some places, but that numbness does not spare him an annoying jolt of pain every time the steel plate in his skull pokes him in the eye. His efforts at the gym are to help him strengthen muscles that atrophied during the long months of recovery. There are more physical challenges, but he remains hopeful his hours of rehabilitation will help him regain his balance.

His injuries have left him with other consequences as well. His partner of 20 years can attest to many other challenging aspects of their “new normal,” complete with impaired executive functions, post-traumatic stress disorder, sleep disruption, shortened attention span, memory loss, auditory processing deficits, and the loss of other innate skills we all take for granted until we lose them, or they are taken from us. His partner is gracious and patient, but the stress they must be going through is almost unbearable to imagine. They are working and adjusting.

Thomas moved to Madison about 10 years ago when his partner got a job in the area. That is when he took the time to stop and smell the roses, or in his case, photograph the fungi. A quick glance at his Flickr photostream evinces his patience, his appreciation of nature, his skill as a photographer. Some of the captions explain the fragility of certain species with phrases like, “North American fritillaries are disappearing.”

It is only recently that he has been able to begin taking photographs again, but the process that was once an effortless joy is now another hurdle in his comeback. His memory is sketchy, and that means it is harder to nail down the correct settings for proper light exposure and shutter speed—all processes that were automatic before, enabling him the needed fluidity to capture the precise second when a butterfly dipped into a flower for a drink or opened its wings before flight.

He recently took his first post-injury nature walk in the Arboretum. He is sorting through disjointed memories, and trying to move beyond the anger and frustration that cripples as forcefully as the physical injuries have.

It is obvious that he has the determination to get well. He also has the love and support of a long-term partner standing by his side. It is my hope that his complete recuperation comes quickly and that he is soon walking through tall Wisconsin prairie grass, camera around his neck, attempting to capture the image of a near-extinct fritillary. These images may serve to remind all of us to see life through the lens of another, and to appreciate what we have before it is gone.

Karin Wolf is the arts program administrator for the City of Madison Department of Planning and Community and Economic Development and the Madison Arts Commission. Her freelance arts writing has appeared in Sculpture Magazine, Public Art Review, and the Milwaukee Journal Sentinel.