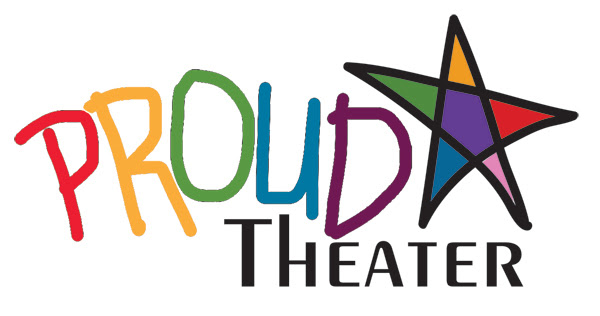 Madison, Wisconsin – Tuesday, September 2, 2014 — Proud Theater Madison is currently enrolling young people for its 2014-2015 season. Rehearsals for the season are on Thursdays during the school year beginning at 530pm on September 11, 2014, and are held at Trinity United Methodist Church, 1123 Vilas Ave in Madison. To enroll, youth need only contact Proud Theater by phone at 608-222-9086, by e-mail (info@proudtheater.org), or by simply showing up to a Thursday rehearsal. Enrollment ends after November 20, 2014.

Proud Theater is an award-winning, exciting and innovative youth theater program whose mission is ‘to change the world through the power of theater and the theater arts, and to make a positive difference in the lives of LGBTQ and allied youth through the tenets of art, heart, and activism’. Founded in 1999, the group is open to youth ages 13 to 19 that identify as lesbian, gay, bisexual, transgender, queer/questioning, Intersexed or who are allied with the queer community (LGBTQIA).

Empowering and creative, Proud Theater encourages youth to share their own stories through the creation of original theatrical works which they then present to the community at large throughout the school year. Traditionally, the group ends each season with a culminating showcase production. This year’s culminating performance will be May 28-30, 2015, in the Black Box Theater at Edgewood College.

A special 15th anniversary show, ‘Proud Theater Anthology’, will open December 5 and 6 – 2014, at the Overture Center in Madison, and will boast the best works of Proud Theater from the past 15 years and from all three current chapters of the group.

Proud Theater Madison had traditionally rehearsed on Wednesdays for the past decade, but due to a number of unforeseen circumstances and a need for more space to accommodate the growth of the group, the troupe decided to move to a new night and location.

“We are so incredibly excited to have Sol helming the Madison chapter and are really looking forward to seeing the direction she takes the group in the upcoming seasons”, Wild said in a recent statement. “Her vision, heart, passion, and overall dedication to the needs of our LGBTQ+ youth is second to none, and we are honored to have her as part of the team.”

Wild says the Madison chapter has grown so much, new mentors are being sought to handle the increase in youth, and he asks that if anyone is interested, please contact Proud Theater to get an application and setup an interview.

Proud Theater is a program of Art and Soul Innovations (artandsoulinnovations.org), and enjoys generous financial support from the Mukti Fund (muktifund.com), the PFund Foundation (www.pfundonline.org) and the New Harvest Foundation (newharvestfoundation.org), as well as the support of many community members organizations from around the state.