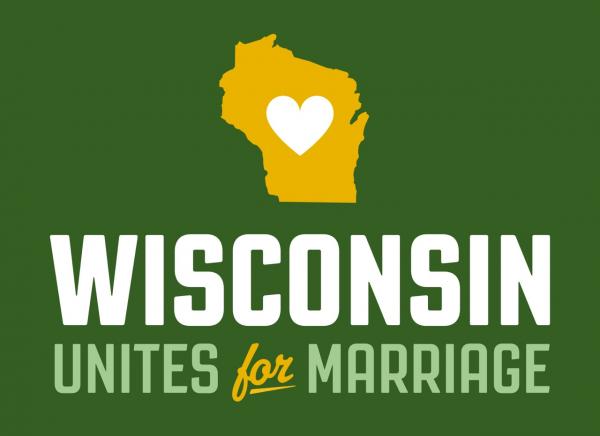 On Thursday, August 7, plaintiff couples, community and religious leaders, and other supporters of the freedom to marry for all loving couples gathered in Appleton, Eau Claire, La Crosse, Madison and Milwaukee. They announced a new coalition formed in the wake of the U.S. District Court ruling in June that ruled the state’s ban on recognizing the marriages of same-sex couples is unconstitutional.

In less than three short weeks, the 7th Circuit Court of Appeals will hear oral arguments in the state’s appeal of the case challenging Wisconsin’s marriage ban. With little time to waste, the ACLU of Wisconsin, Fair Wisconsin and Freedom to Marry have joined forces today to launch Wisconsin Unites for Marriage—an unprecedented grassroots public education campaign with one simple goal: win the freedom to marry for all loving couples in our state.

“This is the first time since the 2006 campaign against the constitutional amendment that we have had a diverse statewide coalition working together to achieve the freedom to marry for same-sex couples,” stated Katie Belanger, President & CEO of Fair Wisconsin. She continued, “We are thrilled to join forces with Wisconsin’s leaders in the business and faith communities, and state and national partners in the movement for lesbian, gay, bisexual and transgender equality, as we move Wisconsin forward together.”

“Wisconsin Unites for Marriage gives a voice to couples, their friends and families, and everyone committed to freedom and equality. You don’t have to be a plaintiff or lawyer to be heard as we make history together,” said Chris Ahmuty, Executive Director of ACLU Wisconsin.

Plaintiff Judi Trampf reflected on the district court ruling in June: “My partner Katy and I have been together for over 25 years and want very much to get married. To be honest, before we won the case in federal court, we didn’t realize how much marriage meant – mostly because we could never let ourselves imagine it, because it wasn’t a reality for us for so many years.”

“But now more than ever, I think about what would happen if something happened to Judi. In the eyes of the legal system, we’d be little more than two people who knew each other. After 25 years of commitment, living together and loving each other – we’d be nothing,” continued Trampf’s partner KatyHeyning.