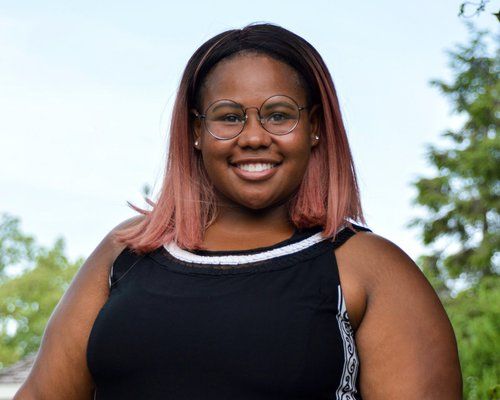 Black Arts Matter Festival, a new interdisciplinary celebration of work by Black and queer Black artists, comes to the city and various venues from March 3 to March 9. The series of events aims to challenge what people think about how the voices and creative works of Black artists are represented in Madison.

This is the inaugural year of the festival, begun and produced by current UW-Madison student Shasparay Lighteard. The Austin, Texas native is herself a poet and a member of the First Wave Urban Arts program, but says she set out to create the festival as a way to expand the presence of Black art and artists beyond just a campus environment.

“Being from Texas and then coming to Madison was hard for me. Extremely hard,” Lighteard says. “One of the questions I asked myself was, “How could I make this place home? What was missing? I can’t change the weather, but I thought maybe I could prioritize Black arts in a predominantly white space.”

That lead to a yearlong process of collaboration with various academic mentors at both the UW and Edgewood College, as well as learning how to write grants. The fest eventually found funding through the Studio Service Learning Grant with the Division of the Arts, as well as through several other grants.

Another part of the motivation to create the festival was a simple matter of community building for Lighteard. She notes, for instance, that she’s just one of four Black theater majors at the UW (that she knows of). “Maybe this festival will open people’s hearts. Challenge them, make people value Black artists in a way that would make me more comfortable staying in Madison past graduating from UW.”

The festival includes plays, film screenings, and a poetry slam competition to close out the week. Of special interest to readers, a choreopoem performance by Porsha Olayiwola, “Black & Ugly As Ever,” will explore “what it means to move through reality as a queer, fat, dark-skinned woman.” That event is free and scheduled for Wednesday, March 6 at 7:30 p.m. in Anderson Auditorium on the Edgewood College Campus.

“I am a queer, fat, Black woman from the South, and quite honestly, I don’t know anyone else that holds those identities here,” Lighteard says. “I stand out here. I am also ignored here. That is why bringing Porsha O’s one-woman show means so much to me. She is so near and dear to my heart as someone who is a working slam poet and who is now a theater practitioner. I am excited to just feel understood, to see someone who looks like me occupy space here. To be a main character. To tell her story.”

Lighteard’s hope is straightforward: that the people of Madison come out to learn about and celebrate Black arts and artists.

“I just want to feel like Black arts matter in Madison,” she says. “With this festival, I intend to build an organization that improves community climate. I want Madison to feel a little warmer for myself and people like me.”