The Fight for Self 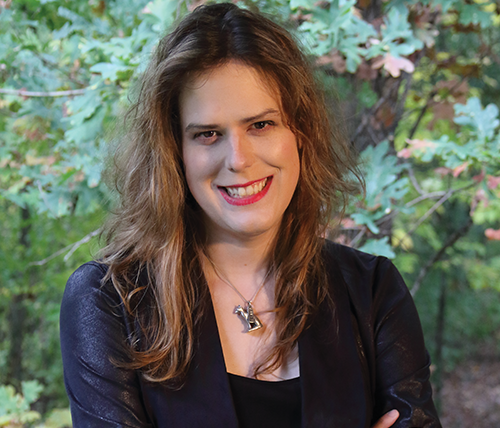 If you asked me for a short description of myself, I would say this: my name is Shannon Andrews, I’m a woman and a scientist. For most people, the first two, our names and our genders, would be among the earliest things we come to know. For me, it was the last one that came first.

I’ve always loved science. I love the struggle to discover some new piece of information, and I love the feeling of wholeness when a beautifully conceived experiment comes together. But sometimes knowledge isn’t a sudden, “eureka!” moment. Sometimes, it’s a
slow burn.

What’s in a name

I was seven years old when I asked my mother what my name would have been if I had, as I put it then, been “born a girl.” Offhandedly, she told me that she would have named me Shannon. I kept that name in my heart for a very long time after that. I didn’t have any concept, at that time, of being transgender. I didn’t know even know the word, and there were no visible examples of other trans women I could relate to.

At 15, I started to put the pieces together. I was reading in the school library and heard a couple of older classmates sniggering about someone who had a “sex change.” Whatever else they said passed me by, because all I could think about was: That’s a thing that people can do?

I spent the rest of that summer devouring every news story and magazine article I could find about transgender people. I had always believed in doing diligent research, and a lot of what I learned frightened me. In the 1990s, it seemed the general consensus was that if you were transgender, you were destined to live life as an outcast. I was terrified, and I retreated into denial. I tried to tell myself no, that can’t be me. It must be something else.

There’s a Faustian bargain that society asks us to make: pretend to be normal, to be straight, to be cisgender, and you’ll be rewarded with success. I thought that continuing the facade of being a man was the price of being a scientist because if I were openly a trans woman, I wouldn’t be respected. That would be the end of a career in science. What I discovered too late was that the bargain was a lie: having to constantly put up a front crippled me with self-doubt, depression, and anxiety. I let opportunities go to waste and let my responsibilities slide because I increasingly had trouble remembering why I should care. Why sacrifice to have a life you don’t even want?

Eventually, I knew that something had to change or there wasn’t going to be a future for me at all. Through transition, a curious thing happened: the more I was able to be myself, the more I discovered strengths I never knew I had. Prior to transition, my work was of indifferent quality. Or rather, my work was of occasionally excellent quality, but I seldom bothered to do it. After I began transition, I suddenly understood where other people found such reserves of determination and energy: they weren’t feeling like they were crushed under a rock all the time.

I was one of the lucky ones in that I was able to pay for my own treatment. But even for me, that didn’t come without substantial sacrifice and cost: cost measured not only in the monetary sense, but also in wasted years and lost opportunities. Having to pay for my own care meant that I had to choose carefully which of my medical treatments I could afford, and when I could afford them. It’s a terrible feeling to have to think: I really need three medical treatments, but I can only afford to have one. Which parts of my body do I consider most necessary?

Nevertheless, I was able to afford one surgery. It was only while I was recovering that I began to question why medical treatment had become such a struggle. It seemed unfair that, even though doctors and therapists agreed that certain things were necessary—and even though I sacrificed a healthy amount of my pay every month for my insurance—the particular sort of care I needed was set aside, as if it were a vanity.

I decided to challenge my insurance company’s blanket exclusion on trans health care. In the beginning, I had hoped simply that they would cover, if not surgery itself, then perhaps at least anesthesia or the hospital stay. My request was denied. I appealed that decision and had a hearing with the Wisconsin Physicians Service (WPS) grievance board. I was denied a second time. After that, I reached out to the American Civil Liberties Union of Wisconsin, and they agreed to assist me.

I’m currently fighting to see that exclusions of the sort I faced are rightly recognized as a form of sex discrimination. As a biomedical cancer researcher myself, I feel very strongly that everyone should have autonomy over his or her own body and health, and that medical decisions should be made with the patient’s best interests in mind. They should not be decided for the patient.

No one’s body should ever be held hostage to outside interests, and I’m fighting so that no one should ever find his or her health care to be a political football again.