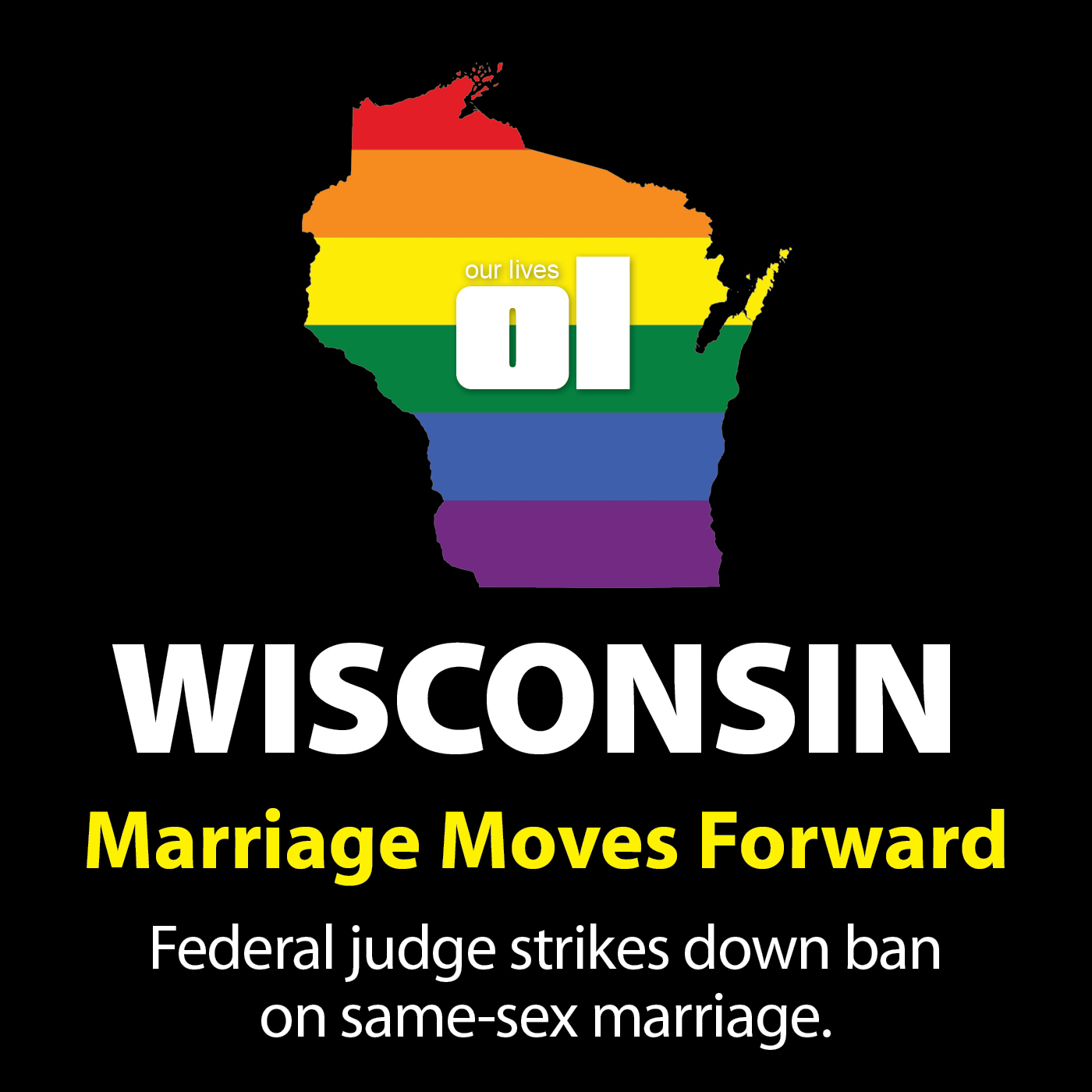 MILWAUKEE, Wis. – U.S. District Court Judge Barbara Crabb today struck down the discriminatory amendment to the Wisconsin state constitution preventing same-sex couples from marrying. The American Civil Liberties Union had challenged the law on behalf of eight couples seeking the freedom to marry in Wisconsin or to have their out-of-state marriages recognized.

Two of the plaintiffs, Kami Young and Karina Willes of West Milwaukee, were legally married last year in Minnesota and have a newborn daughter. But because Young is the birth mother, she is the only one who is recognized as the legal parent on the birth certificate.

“Our daughter has two parents who love her dearly,” said Willes. “I am no less a mother to her than Kami is, and she deserves the security of having both of her parents legally recognized. Our daughter shouldn’t have second-class protections.”

“We are tremendously happy that these loving and committed couples will now be able to access the security and recognition that only marriage provides,” said Larry Dupuis, legal director of the ACLU of Wisconsin. “These discriminatory laws are falling around the country and it is only right that Wisconsin move forward as well.”

“Wisconsin’s constitutional ban on marriage for same-sex couples is a striking example of intentional discrimination towards lesbians and gay men in Wisconsin,” said John Knight, staff attorney with the ACLU Lesbian Gay Bisexual and Transgender Project. “The marriage ban has sent a powerful message  that same-sex couples are undeserving of the dignity and important legal protections associated with marriage. Judge Crabb’s decision that same-sex couples are equal under the law sends an entirely different message — one inviting and encouraging fair treatment and respect for these couples.”

More information about this case can be found at: www.aclu.org/lgbt-rights/wolf-and-schumacher-v-walker

The ACLU of Wisconsin is a non-profit, non-partisan, private organization whose 7,000 members support its efforts to defend the civil rights and liberties of all Wisconsin residents. For more on the ACLU of Wisconsin, visit our website, like us on Facebook or follow us on Twitter at@ACLUofWisconsin and @ACLUMadison.